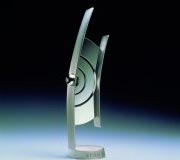 Rafal Blechacz has been announced the winner of the Echo Klassik Award 2012 in the category “Solo Recording of the Year (20th/21st century)/Piano”.

The prize was given for his recording of Debussy/Szymanowski, released by Deutsche Grammophon in February of 2012.

The Echo Klassik Award is the most prestigious music award in Germany and is going into its 19th year of existence in 2012.

It is given away annually by the Deutsche Phonoakademie to the leading figures and most important newcomers of the German classical music scene.